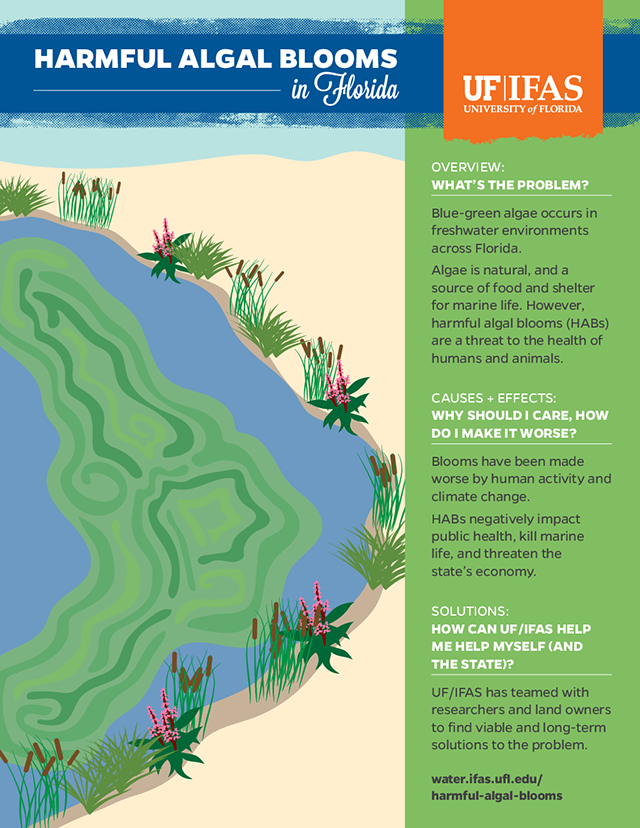 While algae are a fundamental element of productive and healthy aquatic environments, harmful algal blooms (HABs) have become a growing problem in Florida.

Some species of blue-green algae (known as cyanobacteria) can produce toxins that may cause illness in humans and animals. Toxins released from some blooms can cause respiratory problems well inland. In addition, human contact with HABs may result in skin/eye irritation and other health complications. For example, two toxins produced through certain cyanobacteria strains have been linked with liver disease and neurogenerative disorders such as dementia and amyotrophic lateral sclerosis (ALS).

Now, scientists across the state are working together to find lasting solutions. One approach is to correlate cell counts with statistically-significant changes in shore-side activity. Wind speed and direction affect the extent to which these endeavors are successful.

Current and existing UF/IFAS research has led to meaningful discoveries, including methods by which to discourage the spread of HABs and lessen their impact on the state. Studies are ongoing into various cyanobacteria species present in algal blooms and their relationship to public health.

The repercussions of HABs are far-reaching, and can be felt in nearly every aspect of society. Most algae are non-toxic and pose little danger to humans and animals. However, excess amounts create negative impacts on public health, the natural function of Florida’s waterways, and even the economic impact that lakes, rivers, and estuaries provide to local and state economies.

Harmful algal blooms negatively affect water quality. This poses a threat to the health and vitality of marine life and aquatic vegetation. In recent years, scientists have logged higher than normal mortality rates of fish and marine life — including sharks, dolphins, and manatees. 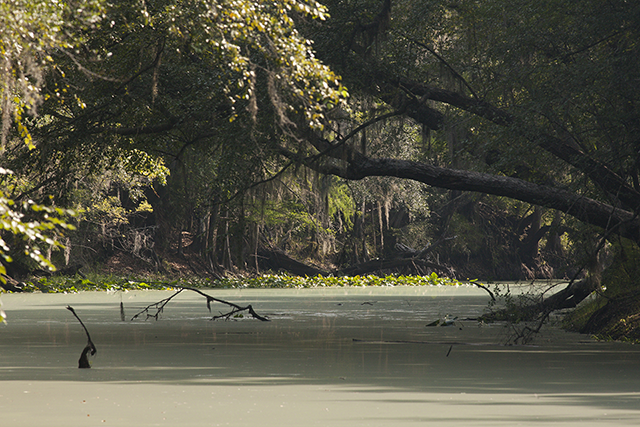 Few algae have been definitively linked to human disease. However, certain varieties produce toxins harmful to the well-being of pets and humans. One type of algae in particular (Karenia brevis) is believed to cause gastrointestinal illness, respiratory issues, and eye irritation.

The true cost of HABs to Florida’s economy is still being explored. However, in a locale that depends on agriculture and tourism to survive, blooms are detrimental to the financial backbone of the state. Affecting both fresh and saltwater environments, the impact of HABs on marine recreation and tourism could be devastating — both financially and in terms of public health.