Irrigation is used to provide water needed by plants that is not provided by rainfall. How irrigation is managed and the type of water used for irrigation varies throughout the state depending on the particular crop and resources available. A fundamental component of efficient irrigation is to determine the quantity of irrigation needed and when to apply it, or irrigation scheduling.

Reclaimed Water as an Irrigation Source

Traditionally, groundwater and surface water resources were used for irrigation. However, the demand on water supplies has led to a growing interest in reclaimed water sources. 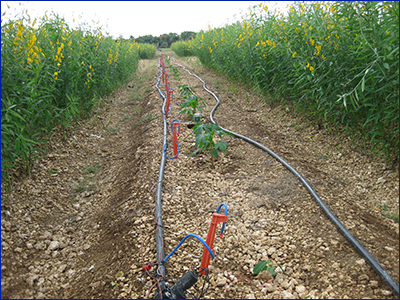 SMS-based irrigation scheduling relies on using a sensor to estimate soil water content for making decisions on when to irrigate.

Smartphone apps have been developed to assist with determining irrigation schedules for different commodities.

Tensiometeric methods rely on using soil-water suction as a measurement of plant-available water.